The Interesting Journey of a Flint Civil War Battlefield Flag 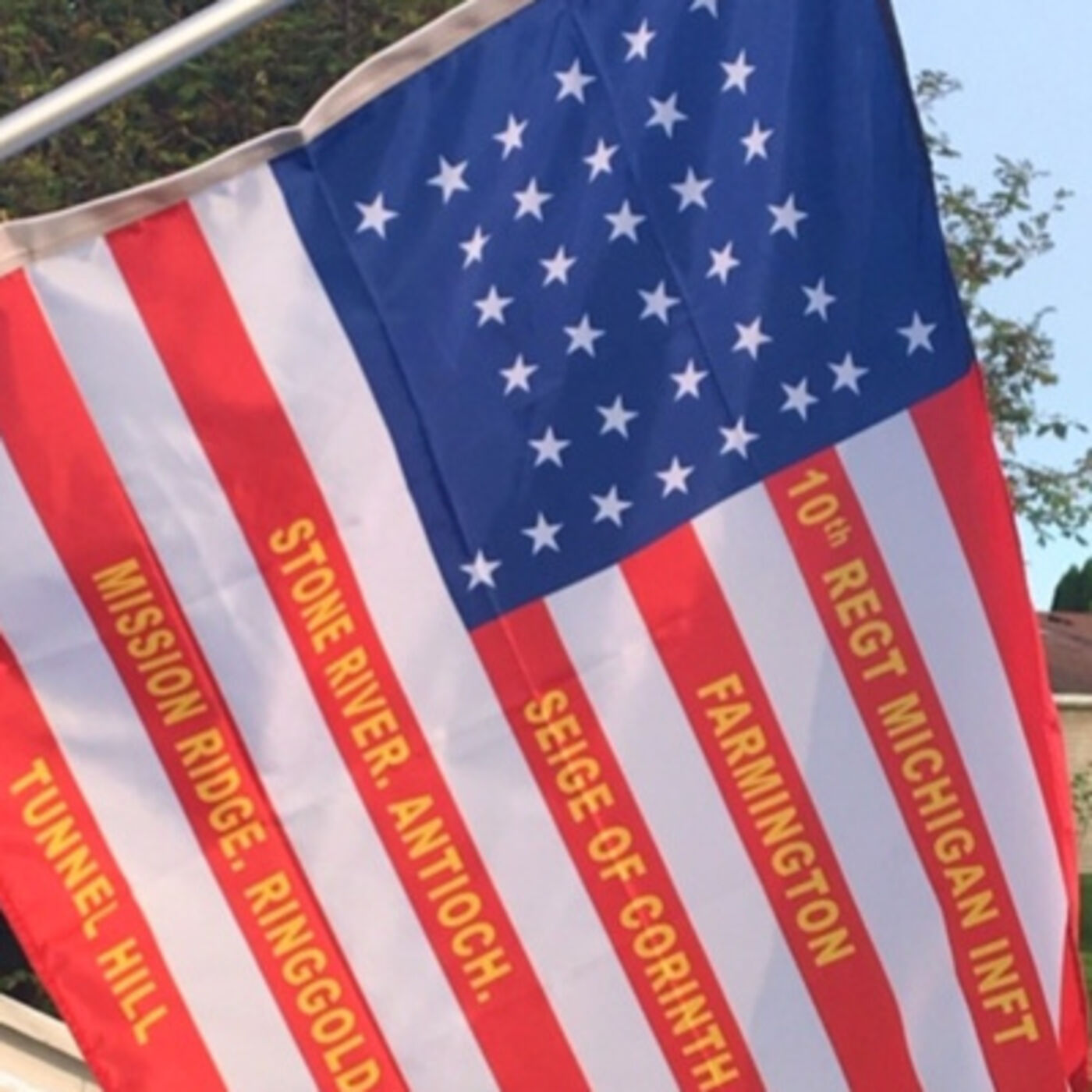 Flag Day Special. The Flint soldiers had much success as union soldiers in the American Civil War.

There were 90,000 Michigan soldiers deployed in the American civil war.

The Flint 10th Infantry deployed along with their battle flag to the civil war battlefields of Tennessee, Mississippi, Georgia, and North Carolina.

The union battle flags they carried were made and gifted to the 10th Michigan Infantry Regiment by women of Flint, Michigan. The union flags were presented to the men who went off to fight in the American civil war.

The 10th Michigan Infantry battle flags played a vital role on the civil war battlefields where they fought. After the American civil war ended, the battle flags were returned to Michigan and given to the Governor of Michigan. However, not all battle flags made it back home.

Save The Flags is a State of Michigan project to preserve, research and display the 240 civil war battle flags carried by Michigan soldiers during the Civil War, the Spanish American War, and World War I.

Michigan now has an "adoption" program to conserve these battle flags. Individuals, organizations, schools, families, and communities can help preserve, research, and display the civil war flags by "adopting" flags in the collection. To date, almost 150 flags — mostly from the Civil War — have been adopted, providing the project with much-needed funds.

This Michigan unit fought their way in support of and on the front line of civil war battlefields, all the way with Sherman to the Sea. They were part of the attack and taking of Atlanta that resulted in the union side winning the civil war. The 10th Michigan Infantry Regiment lost during service; 7 Officers and 95 Enlisted men were killed and mortally wounded, and 2 Officers and 223 Enlisted men died by disease. There were 327 total civil war casualties in the unit.

Local townspeople presented Michigan regiments with beautiful silken battle flags leaving for the battlefield. The regiments received a stand of colors consisting of two national flags and regimental flags. The national flag was the traditional American red, white, and blue Stars and Stripes. The regimental flag typically had a solid blue field decorated with the Federal or Michigan coat of arms.