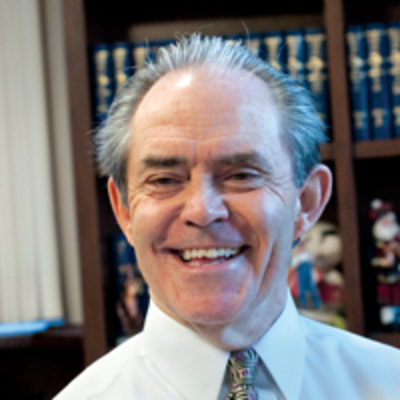 Genesee County Circuit Judge Duncan M. Beagle will be retiring at the end of his current term.  ThIS is a riveting conversation about the illness that caused him to be unable to use his legs at the age of 43.  It is an uplifting story of courage and determination to overcome his physical disability to become one of the most well-liked Judges in Genesee County.

The Beagle family has continuously practiced law in Genesee County for over 120 years!  Charles Beagle was the Genesee County Prosecuting Attorney in 1929 during one of the most spectacular Bank crashes in America during the Great Depression.  The Industrial Bank was looted in 1929 by its executives, who speculated in the stock market with depositors' funds.  Then Prosecutor Beagle charged and convicted 13 of the banks' executives and managers and sent them to Jackson Prison for their crimes.  The Flint bank's collapse caused angry depositors to surround the downtown bank, burning and overturning cars and breaking the windows out of the bank.

John Beagle, Judge Beagle's father, practiced law in Flint for over 50 years. He was at one time an Assistant Prosecutor and an Assistant Attorney General.  He was an accomplished trial attorney who handled many high-profile cases.

Both Judge Duncan Beagle and his grandfather Charles Beagle served as Presidents of the Genesee County Bar Association.

The music in this podcast was written and produced by Joe Ryan III.  The co-star of this performance is Joe's 90-year-old grandmother, Odessa Houston!  The song, Flint, Michigan is about the Flint water crisis.  Joe Ryan is a Flint native and is a recording artist as well as a producer for several well-known recording artists.  Joe also is involved in producing and recording songs for television and movies. Visit Joe Ryan III website to see video, listen to music and learn more about Joe.  The song is played here with his permission.

Send in a voice message: https://anchor.fm/radiofreeflint/message