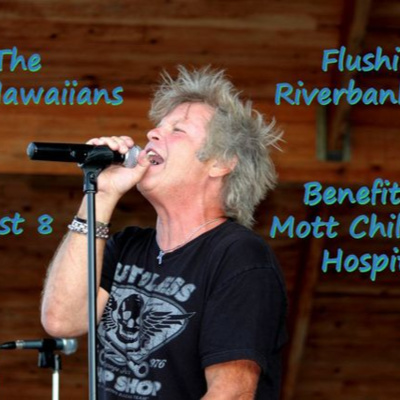 Joel Bye and his band the Blue Hawaiians are legendary amongst Michigan music fans.

Joel shares the colorful history of the band as well as his prior band The Nick Garvey Band.

In a hilarious and surprisingly reflective interview Joel Bye shares how he got started playing the drums with another local legend, the late jazz master Sherman Mitchell, playing in the Fireside Lounge in Flint.

He speaks optimistically about Flint, Michigan and what the town has ment to him. He played his first gig at Ballenger Park in Flint, for a concert known as the Battle of the Bands.

Joel and his bandmates have given richly of their time and talents to many local charitable causes and benefits. After listening to Joel tell stories about his life and his views on the people of Flint, it is easy to see why he is one of the most beloved musicians in Michigan.

Learn more about Joel Bye and the Blue Hawaiians: