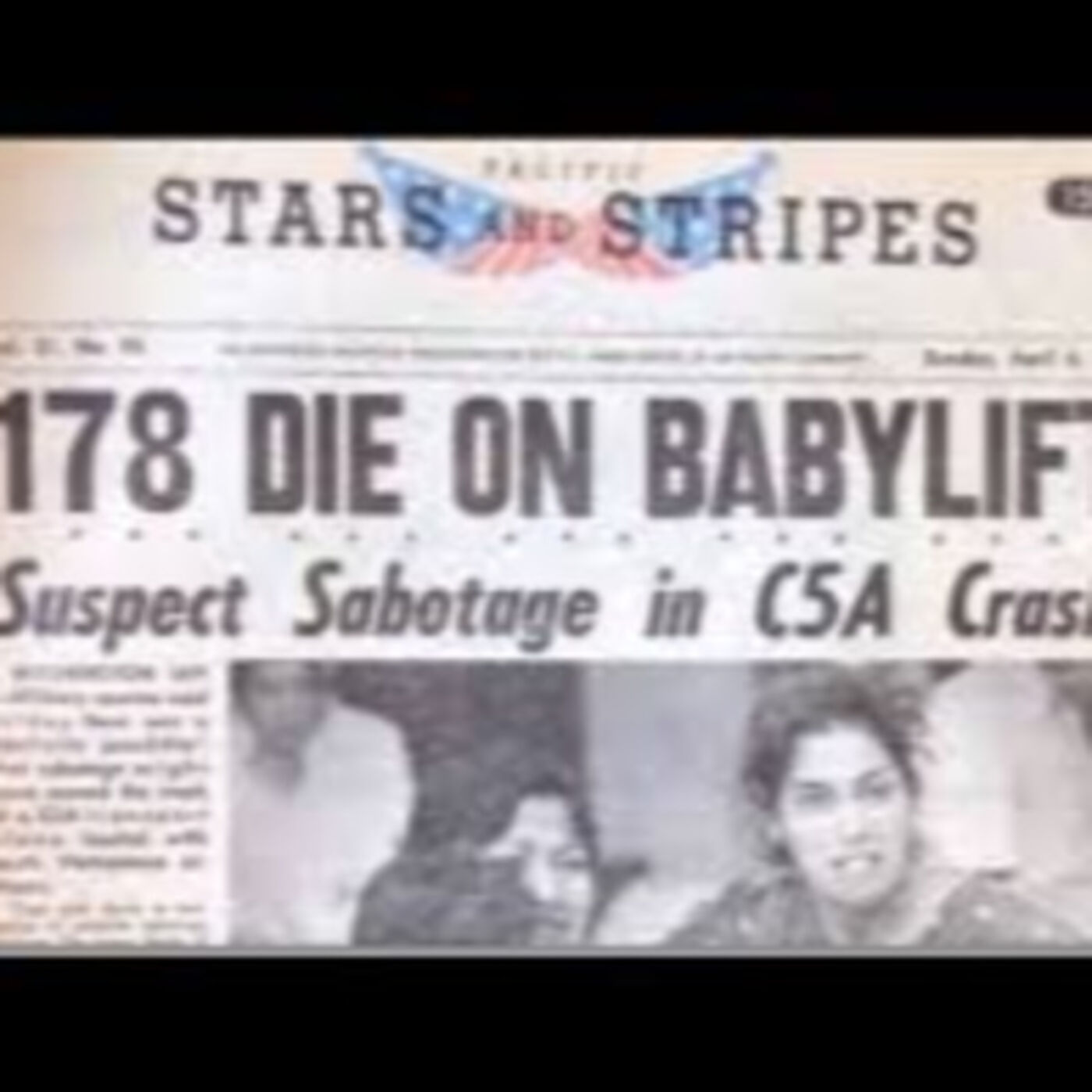 Sgt. Phillip R. Wise, a Flint, Michigan native, has been on a decades-long quest to find the answers about the crash of a C 5-A transport plane in which he was a crew member trying to save orphan Vietnamese-American babies.

Sgt. Wise has an eternal bond with the surviving children, now adults of his mission, and the few other adults who survived the flight. He has sought to honor the fallen, and come to terms with why God let him live.

In the spring of 1975, the US government decided to save as many orphans as possible during the tumultuous fall of Saigon in the last days of the Vietnam War.

On April 4, an aircraft lifted off the ground with hundreds of babies and young children crowded into its upper and lower decks, attended to by a crew of dedicated military men and women and a few civilian volunteers fleeing the chaos on the ground.

A mysterious event occurred: A rear door blew open and the horror began 25,000 feet in the air. The rescue operation was named: Operation Babylift.

Sgt. Wise wrote the book "Fragile Delivery: Operation Babylift" which sheds light on the Boeing C-5A crash. His writing sheds light on the doomed flight, the brave men and women involved in Operation Babylift, and one man's story of near-impossible survival in the horrifying shadow of death as the plane split violently apart in swampy rice paddies.

Sgt Wise was the only crew on the cargo area of the plane to survive the tragic plane crash. Wise told the Flint Journal, "The doctors thought I would be a vegetable. They thought I wouldn’t be able to see out of my left eye or to walk,” the Flint resident and decorated veteran said. “I came through with 20-20 vision. I became a mailman. I missed one day in 13 years."

The U.S. Air Force bestowed upon Phillip Wise a medal for his heroism for his part in the military operation to rescue these children.  Phillip Wise is part of a veterans group Peaceful Warriors who speak across Michigan and the US about their role in helping others.