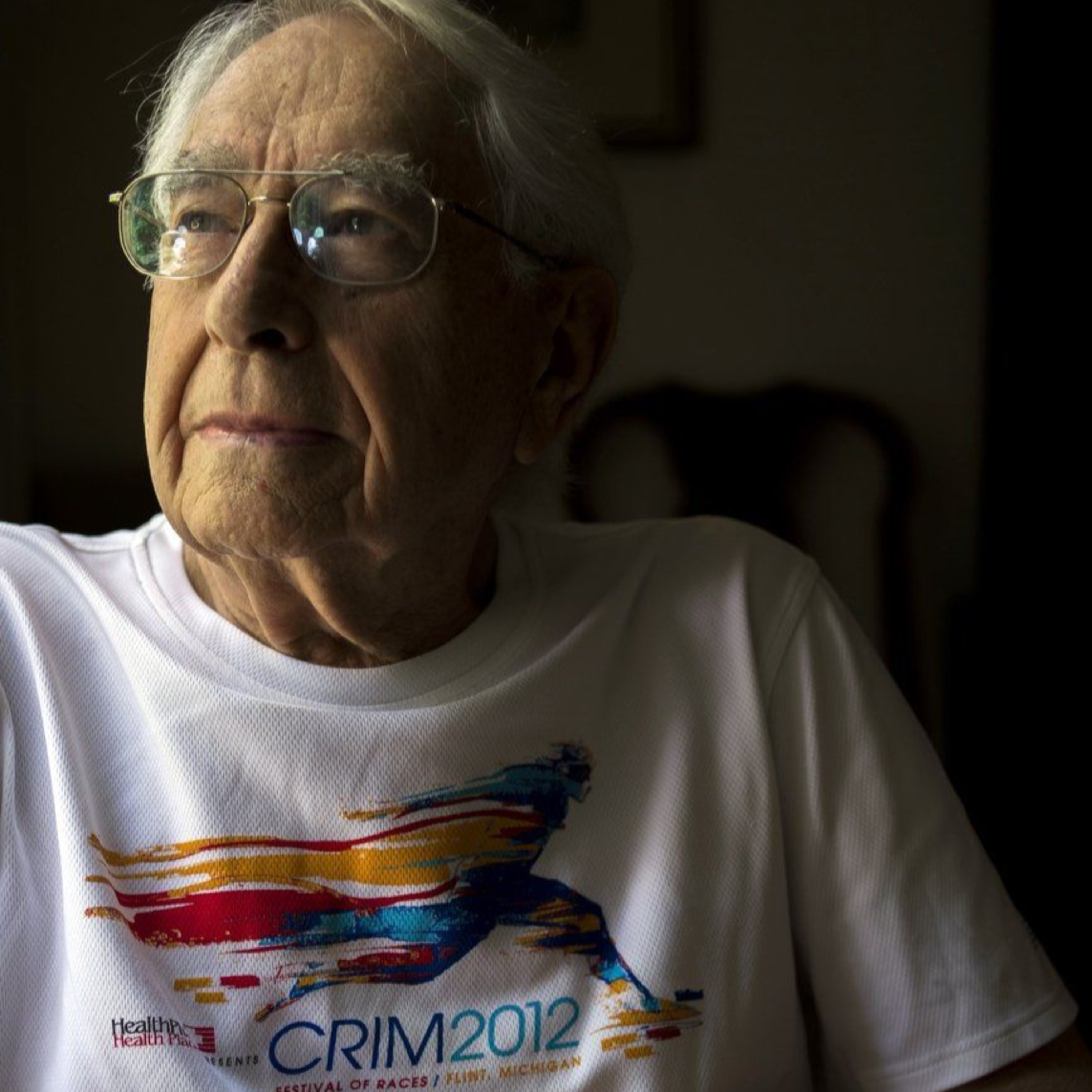 Season 1
At age 92, Harry Binder finished his last Bobby Crim Road Race.  The Binder Family is well known in the Flint area for their successful businesses.  During Harry Binder's long business career he owned a radio station, WAMM-AM along with Reliable Furniture Store. His cousin Julius Binder owned Binders' Big and Tall Mens Store.  He tells of his file growing up on McFarland Avenue in Flint with other Jewish families.  He is a humanitarian raising funds for the needy in Flint and even has a Crim Festival of Races award named in his honor for over 40 years of participation.   Harry's storytelling is a living history of Flints' multi-cultural Industrial Avenue.  He recounts his days in Flint after WWII and describes Flint as a bustling city, full of life and hustle  Describing houses of prostitution, his fun as a kid and his service in the United States Air Force.  Harry served in France, Germany, Japan and the South Pacific. Harry is now 95 years old and lives in California.  His life has been full and active.  For many years he was an active member in Flint area civic and charitable organizations.  Listen to his story of life in Flint during its glory days.  Listen carefully as he describes Flint as a place that taught him life lessons.  He describes the multi-cultural fabric of the city including Flint's Jewish community. Flint Journal article about Harry's participation in the Bobby Crim Festival of Races. https://www.mlive.com/news/flint/2015/08/oldest_crim_racer_91_tells_sec.html Flint Journal article about 91 year old Harry Binder about to participate in is last Crim Road Race. https://www.mlive.com/news/flint/2015/08/oldest_crim_racer_91_tells_sec.html --- Send in a voice message: https://anchor.fm/radiofreeflint/message